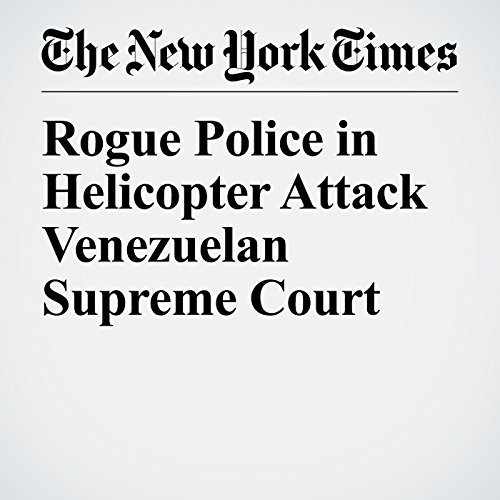 A rogue faction of the Venezuelan police attacked the country’s Supreme Court in Caracas on Tuesday, dropping grenades from a helicopter, government officials said. It was a rare uprising by government personnel in a country that has been on edge from mass protests and economic crises.

"Rogue Police in Helicopter Attack Venezuelan Supreme Court" is from the June 28, 2017 World section of The New York Times. It was written by Ernesto Londoño and Nicholas Casey and narrated by Keith Sellon-Wright.