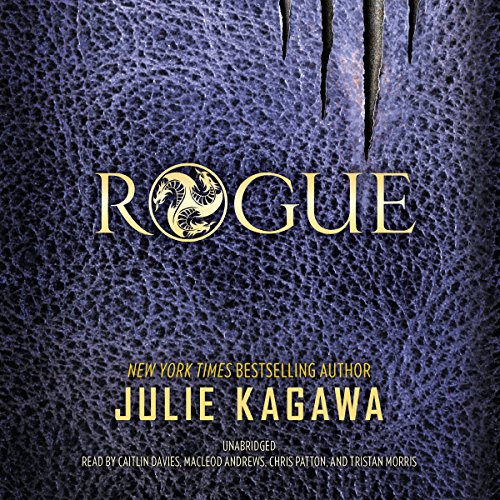 Ember Hill left the dragon organization Talon to take her chances with rebel dragon Cobalt and his crew of rogues. But Ember can't forget the sacrifice made for her by the human boy who could have killed her - Garret Xavier Sebastian, a soldier of the dragon-slaying Order of St. George, the boy who saved her from a Talon assassin, knowing that by doing so he'd signed his own death warrant.

Determined to save Garret from execution, Ember must convince Cobalt to help her break into the order's headquarters. With assassins after them and Ember's own brother helping Talon with the hunt, the rogues find an unexpected ally in Garret and a new perspective on the underground battle between Talon and St. George.

A reckoning is brewing, and the secrets hidden by both sides are shocking and deadly. Soon Ember must decide: Should she retreat to fight another day...or start an all-out war?

I feel like there is a lot of repetitive thoughts going on. Over and over Ember explains her feelings towards Garrett and Cobalt, but we have no clear definition of what that means. I do hate when an author tells you things rather than showing you. I’m only finishing this series because I am interested in the world she has built. I really don’t like Ember’s character AT ALL. Her two guys don’t deserve her. The narrators were all amazing though.

hated it, i fell asleep after the first chapter. the narrator is pitchy. the blurb and the story do not co exist. waste of money

Felt the need to continue after book one. Well performed but the story is a bit too mushy for me.

Not as impressed as I hoped I'd be

This series isn't nearly as exciting as Julie's Iron Fay series. There were a couple of good parts but way too many dull parts for my liking.

Seemed to Drag A Bit

I found myself getting impatient with the pace of this book. There weren't really any plot twists that I couldn't predict well before they happened. And I must be getting tired of angsty, reluctant teen heroes. Guess I'll switch plot lines for a while. I will most likely read the next book in this series, in hopes it proves the adage "third time's the charm" .

Unrealistic. Combat in story is wrong.
Speaker is good, I'd be happy to listen to another book she reads.

so dull, but if you want teenage romance go ahead

abysmal book and writting, im stunned how this can be this uneventfull and boring. abysmal!

overall the story is great. but annoying heroin is really killing the story... I don't know if I'll continue with the rest of the story.

After listening to part one i was looking forward to part 2 and this one did not let me down at all. Judy has a wonderful imagination.

FOR THE YA crowd

This story is a very good one but it's definitely for the YA generation. The characters are so well written that I could almost get through the whole story but the author has made it to where you want to keep listening to see what happens or rather if they get through the next chapter. I'll be glad to keep this title and listen to it on a rainy day. So if you're a youngster I would highly recommend this book.

I neither liked the voice actors or the writing in this book. I felt the writing was very poor, and lazy. I really found it hard to finish his book, I rolled my eyes a lot. As mentioned above, I thought he voice acting was dreadful. The voice actor for Ember sounded like she spoke through clenched jaws a lot, did a terrible British accent (which I guess was supposed to sound Cockney?) and she dropped her T's in words a lot. The voice actor for Dante sounded waaaaaay too old be to be playing a 16 year old. None of the actors who had to voice Wes could carry off a British accent - I wish they had done something different there. It was just really l, really bad. The writing was poor, but decent acting could have made listening to it less painful.

English as a second language

I enjoyed the story and light drama, but the tortuous English accent was distractingly painful.