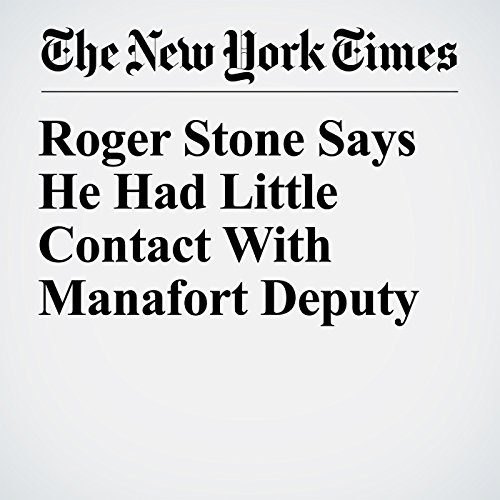 Roger Stone Says He Had Little Contact With Manafort Deputy

Roger J. Stone Jr., the self-described political dirty trickster who has served as an informal adviser to President Donald Trump, sought on Monday to portray his contact with a Trump campaign aide as minimal in response to a report that the special counsel is scrutinizing their ties.

"Roger Stone Says He Had Little Contact With Manafort Deputy" is from the May 07, 2018 U.S. section of The New York Times. It was written by Maggie Haberman and narrated by Kristi Burns.