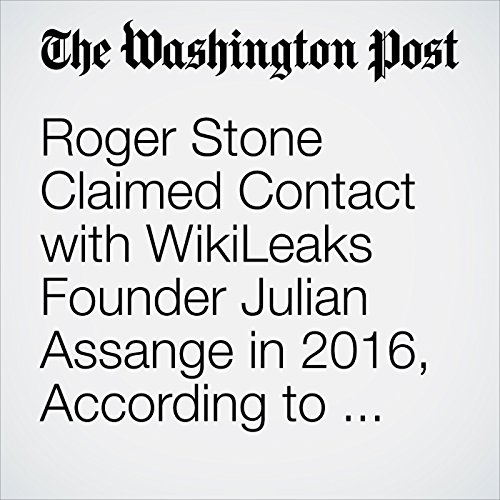 In the spring of 2016, longtime political operative Roger Stone had a phone conversation that would later seem prophetic, according to the person on the other end of the line.

"Roger Stone Claimed Contact with WikiLeaks Founder Julian Assange in 2016, According to Two Associates" is from the March 13, 2018 Politics section of The Washington Post. It was written by Tom Hamburger, Josh Dawsey, Carol D. Leonnig, Shane Harris and narrated by Sam Scholl.