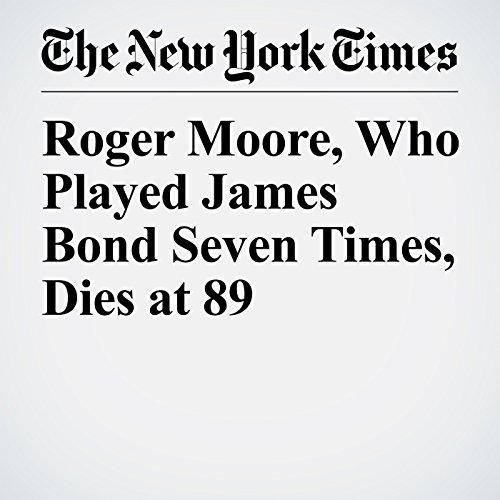 Roger Moore, the dapper British actor who brought tongue-in-cheek humor to the James Bond persona in seven films, eclipsing his television career, which had included starring roles in at least five series, died Tuesday in Switzerland. He was 89.

"Roger Moore, Who Played James Bond Seven Times, Dies at 89" is from the May 23, 2017 Entertainment section of The New York Times. It was written by Anita Gates and narrated by Kristi Burns.