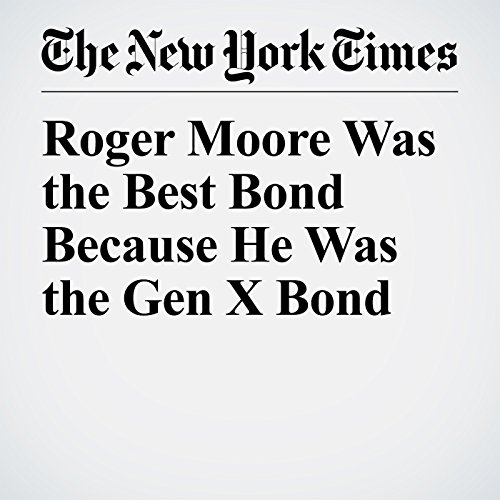 I heard about Roger Moore’s death during a walk in New York City on Tuesday morning, when a young father looked up from his phone and said, “The worst James Bond ever just died.” He wasn’t talking to me, but rather to the toddler in the stroller in front of him, who seemed indifferent to the news. Kids these days.

"Roger Moore Was the Best Bond Because He Was the Gen X Bond" is from the May 24, 2017 Entertainment section of The New York Times. It was written by A. O. Scott and narrated by Kristi Burns.