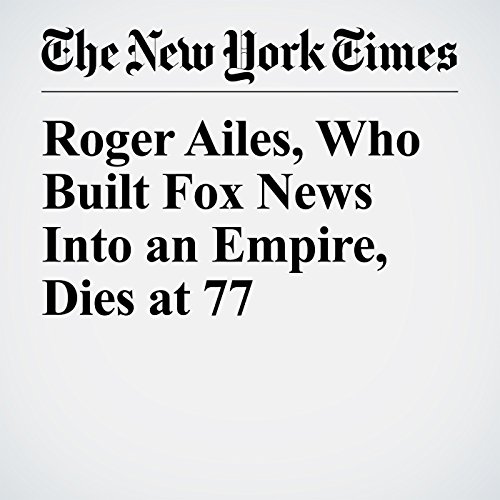 Roger Ailes, who shaped the images that helped elect three Republican presidents and then became a dominant, often-intimidating force in U.S. conservative politics at the helm of Fox News, which he created with Rupert Murdoch’s money and guided for two decades until he was forced out in a sexual predation scandal, died Thursday. He was 77.

"Roger Ailes, Who Built Fox News Into an Empire, Dies at 77" is from the May 18, 2017 U.S. section of The New York Times. It was written by Clyde Haberman and narrated by Keith Sellon-Wright.