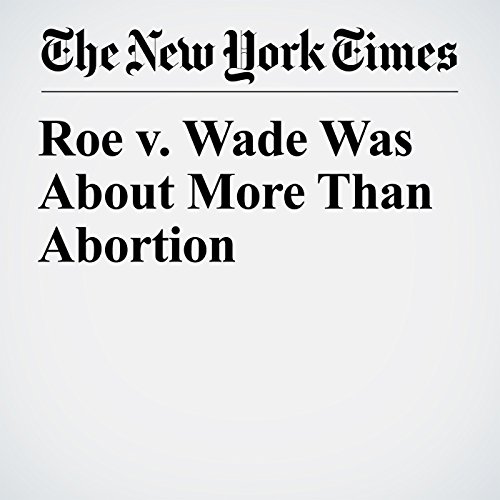 Roe v. Wade Was About More Than Abortion

The events planned to mark the 45th anniversary of Roe v. Wade have one main thing in common: They focus on abortion. In protesting Roe this year, March for Life celebrated a record low abortion rate, proclaiming that “love saves lives.” California lawmakers introduced a resolution last year describing Roe as “the cornerstone of women’s ability to control their reproductive lives.”

"Roe v. Wade Was About More Than Abortion" is from the January 22, 2018 Opinion section of The New York Times. It was written by Mary Ziegler and narrated by Kristi Burns.