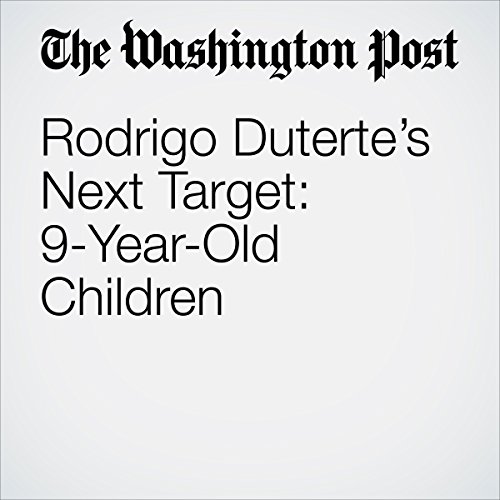 Now Duterte and his political allies are backing a bill that would lower the age of criminal responsibility from 15 to 9, giving a police force known for violent impunity more room to target “suspects” who still have baby teeth.

"Rodrigo Duterte’s Next Target: 9-Year-Old Children" is from the February 26, 2017 World section of The Washington Post. It was written by Emily Rauhala and narrated by Jenny Hoops.