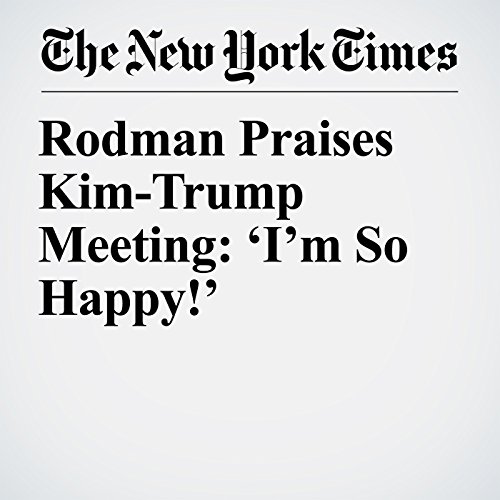 Former NBA star Dennis Rodman has always had an ability to grab the spotlight. There was the time he donned a wedding dress and claimed to marry himself. There were his stints on reality television and as a pro wrestler. And there was his unusual relationship with North Korean leader Kim Jong Un, to whom he sang “Happy Birthday” in 2014.

"Rodman Praises Kim-Trump Meeting: ‘I’m So Happy!’" is from the June 12, 2018 World section of The New York Times. It was written by Austin Ramzy and narrated by Keith Sellon-Wright.