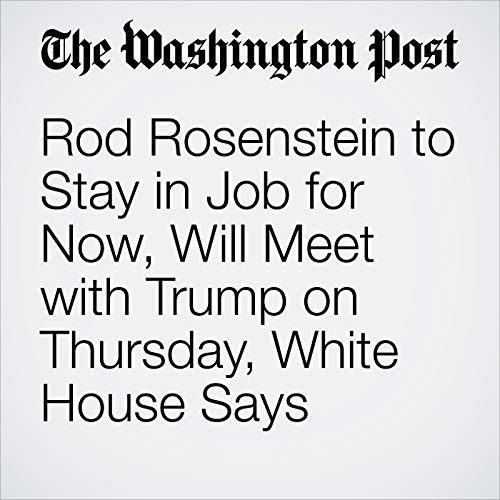 Deputy Attorney General Rod J. Rosenstein will stay in the job for now, but will meet with the president on Thursday, the White House said Monday, after administration officials described a series of private discussions that pointed to his resignation or firing.

"Rod Rosenstein to Stay in Job for Now, Will Meet with Trump on Thursday, White House Says" is from the September 24, 2018 National section of The Washington Post. It was written by Devlin Barrett, Ashley Parker, Carol D. Leonnig and Rosalind S. Helderman and narrated by Sam Scholl.