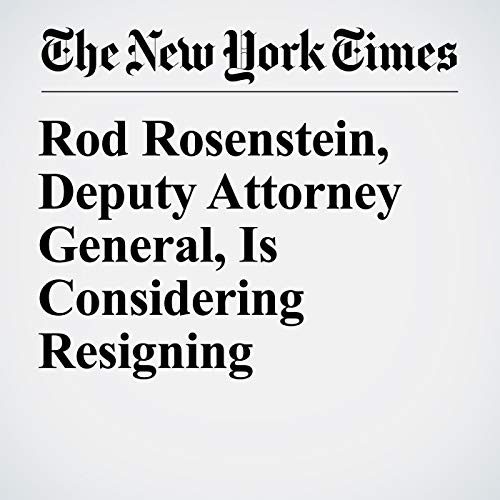 Rod Rosenstein, the deputy attorney general, was considering resigning Monday, days after private discussions were revealed in which he talked about invoking the 25th Amendment to remove President Donald Trump from office and secretly taping him to expose chaos in the administration.

"Rod Rosenstein, Deputy Attorney General, Is Considering Resigning" is from the September 24, 2018 U.S. section of The New York Times. It was written by Michael D. Shear and Julie Hirschfeld Davis and narrated by Kristi Burns.