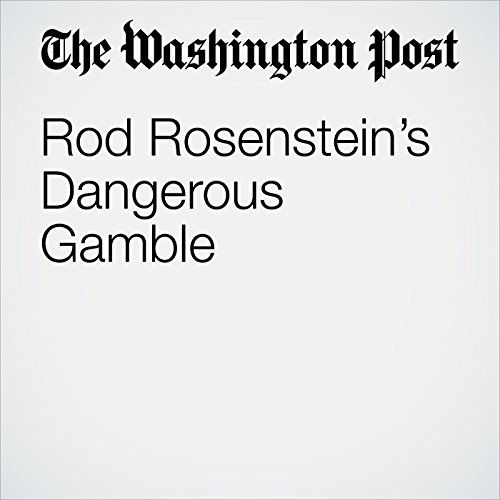 President Trump on Sunday launched his most direct attack on the Justice Department’s independence since he fired FBI Director James B. Comey, taking to Twitter to “hereby demand” that it open a counter-investigation of the probe into Russian interference in the 2016 election.

"Rod Rosenstein’s Dangerous Gamble" is from the May 22, 2018 Opinion section of The Washington Post. It was written by Matthew Miller and narrated by Sam Scholl.