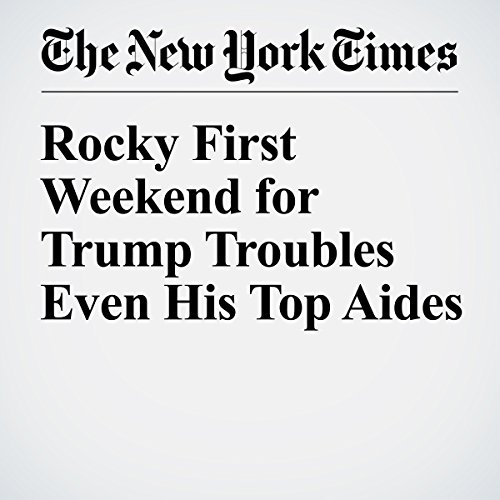 President Donald Trump’s first weekend in office unfolded much the way things often did during his campaign: with angry Twitter messages, a familiar obsession with slights and a series of meandering and at times untrue statements, all eventually giving way to attempts at damage control.

"Rocky First Weekend for Trump Troubles Even His Top Aides" is from the January 22, 2017 U.S. section of The New York Times. It was written by Peter Baker, Glenn Thrush and Maggie Haberman and narrated by Caroline Miller.