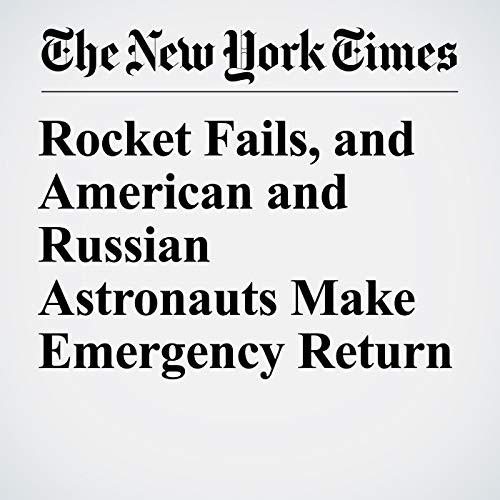 A rocket carrying an American and a Russian astronaut failed minutes after liftoff Thursday morning, but the two crew members safely made an emergency return to Earth, the space agencies of both countries said..

"Rocket Fails, and American and Russian Astronauts Make Emergency Return" is from the October 11, 2018 World section of The New York Times. It was written by Richard Pérez Peña and Neil Macfarquhar and narrated by Kristi Burns.