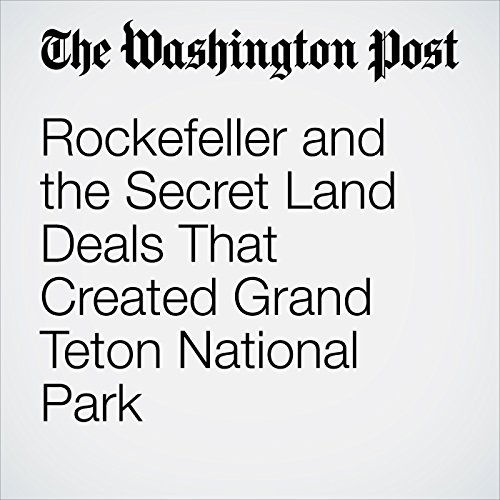 The audacious plan was hatched in secret. In the 1920s, John D. Rockefeller Jr. — son of the Standard Oil founder, ardent conservationist and one of America’s richest men — agreed to surreptitiously acquire thousands of acres of breathtaking scenery around Jackson Hole, Wyo., and donate them to the federal government for a national park.

"Rockefeller and the Secret Land Deals That Created Grand Teton National Park" is from the December 04, 2017 National section of The Washington Post. It was written by Lisa Lednicer and narrated by Sam Scholl.