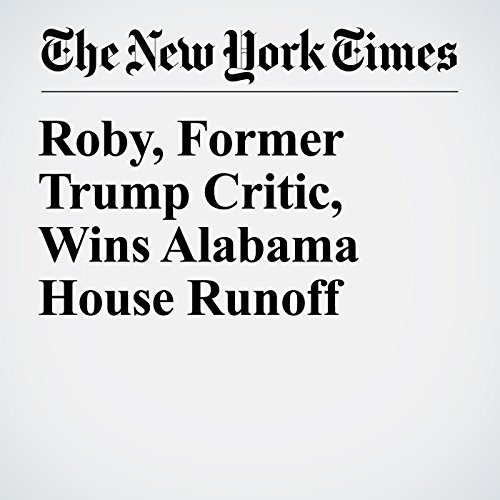 Rep. Martha Roby of Alabama prevailed Tuesday in a Republican primary election that unfolded as a test of fealty to President Donald Trump, defeating a challenger who assailed her for withdrawing her support for Trump in the last days of the 2016 campaign.

"Roby, Former Trump Critic, Wins Alabama House Runoff" is from the July 17, 2018 U.S. section of The New York Times. It was written by Alexander Burns and narrated by Kristi Burns.