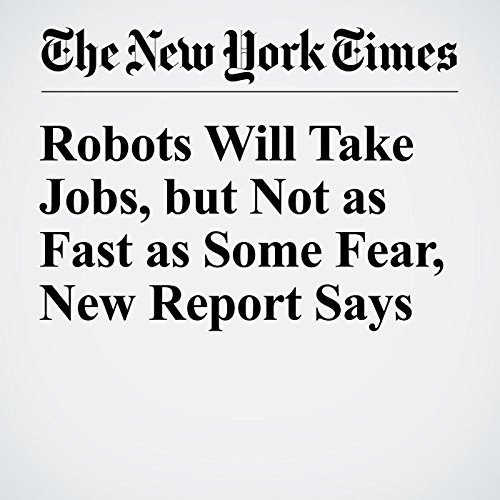 The report, which was released Thursday, breaks jobs down by work tasks — more than 2,000 activities across 800 occupations, from stock clerk to company boss. The institute, the research arm of the consulting firm McKinsey & Co., concludes that many tasks can be automated and that most jobs have activities ripe for automation. But the near-term impact, the report says, will be to transform work more than to eliminate jobs.

"Robots Will Take Jobs, but Not as Fast as Some Fear, New Report Says" is from the January 12, 2017 Technology section of The New York Times. It was written by Steve Lohr and narrated by Jenny Hoops.

Cosa pensano gli ascoltatori di Robots Will Take Jobs, but Not as Fast as Some Fear, New Report Says