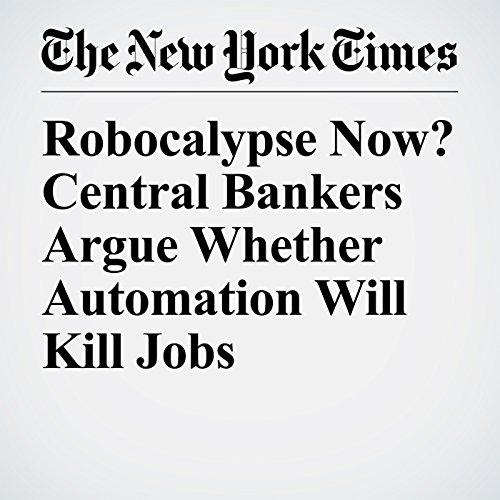 The rise of robots has long been a topic for sci-fi best-sellers and video games and, as of this week, a threat officially taken seriously by central bankers.

"Robocalypse Now? Central Bankers Argue Whether Automation Will Kill Jobs" is from the June 28, 2017 Business section of The New York Times. It was written by Jack Ewing and narrated by Kristi Burns.