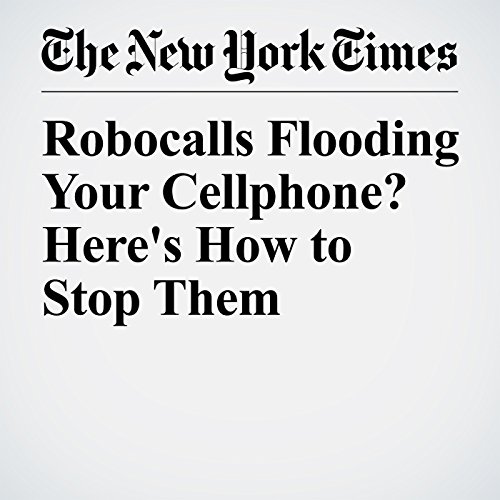 Robocalls Flooding Your Cellphone? Here's How to Stop Them

Citing statistics from YouMail, a developer of robocall-blocking software, the commission said consumers received an estimated 2.4 billion robocalls per month last year, driven in part by internet-powered phone systems that have made it cheap and easy to make them from anywhere in the world.

"Robocalls Flooding Your Cellphone? Here's How to Stop Them" is from the May 11, 2017 Technology section of The New York Times. It was written by Christopher Mele and narrated by Kristi Burns.