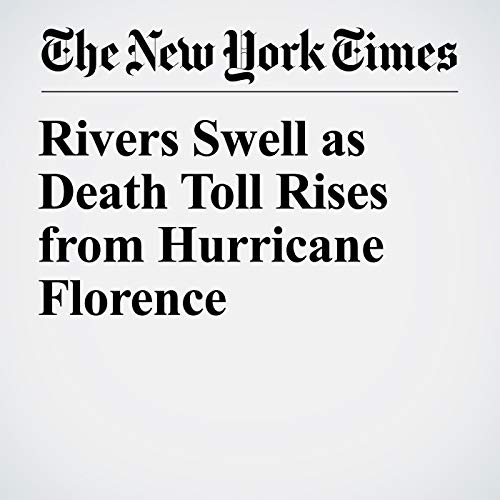 CHARLOTTE, N.C. — The Carolinas were drenched and largely paralyzed Sunday morning as a weakened Tropical Depression Florence slowly ravaged the South, swelling the region’s rivers and leaving authorities bracing for another day of widespread — and, they feared, potentially catastrophic — rainfall and flooding.

"Rivers Swell as Death Toll Rises from Hurricane Florence" is from the September 16, 2018 U.S. section of The New York Times. It was written by Alan Blinder and narrated by Keith Sellon-Wright.