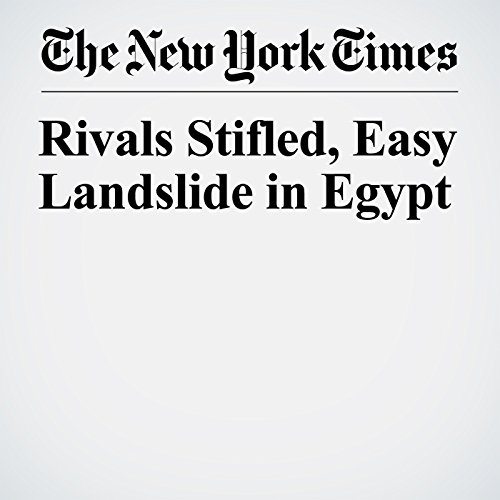 CAIRO — Early results from Egypt’s election showed President Abdel-Fattah el-Sissi headed for a landslide victory with 92 percent of the vote, state news media reported Thursday, an unsurprising margin in a race where he eliminated all serious opposition months ago.

"Rivals Stifled, Easy Landslide in Egypt" is from the March 29, 2018 World section of The New York Times. It was written by Declan Walsh and narrated by Barbara Benjamin-Creel.