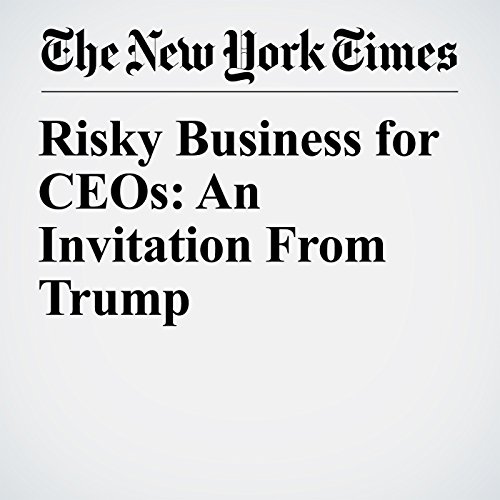 As the Dallas Mavericks owner, Mark Cuban, told The Fort Worth Star-Telegram: “It’s a tough situation for CEOs. You want to make nice with the president because you’re a public company and you have shareholders, and it’s hard to balance doing the right financial thing versus doing what they think is the right thing, whatever your political beliefs are.”

"Risky Business for CEOs: An Invitation From Trump" is from the February 17, 2017 Business section of The New York Times. It was written by James B. Stewart and narrated by Caroline Miller.