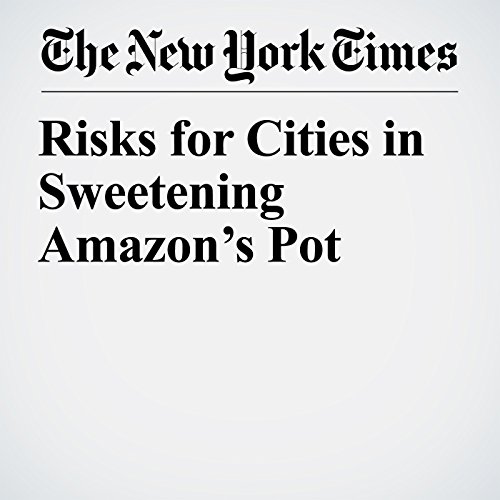 When New Jersey announced a $7 billion package of tax incentives to try to lure Amazon’s second headquarters to Newark, local officials saw a chance to jump-start a city that has long struggled with poverty and joblessness.

"Risks for Cities in Sweetening Amazon’s Pot" is from the January 26, 2018 Business section of The New York Times. It was written by Ben Casselman and narrated by Kristi Burns.