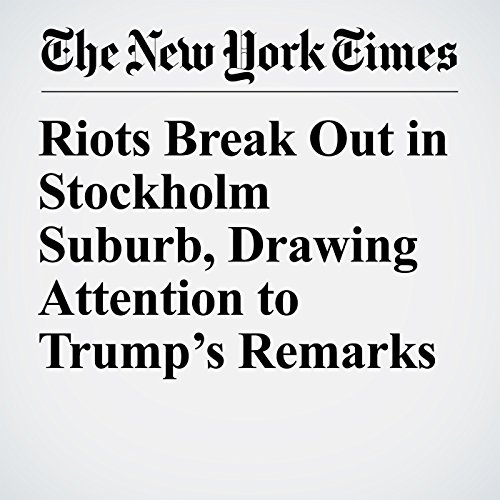 Residents in a northwestern suburb of Stockholm predominantly inhabited by immigrants clashed with police officers Monday, two days after the president of the United States, Donald Trump, unleashed a vague but pointed critique of Sweden’s migration policies.

"Riots Break Out in Stockholm Suburb, Drawing Attention to Trump’s Remarks" is from the February 21, 2017 World section of The New York Times. It was written by Christina Anderson and narrated by Fleet Cooper.