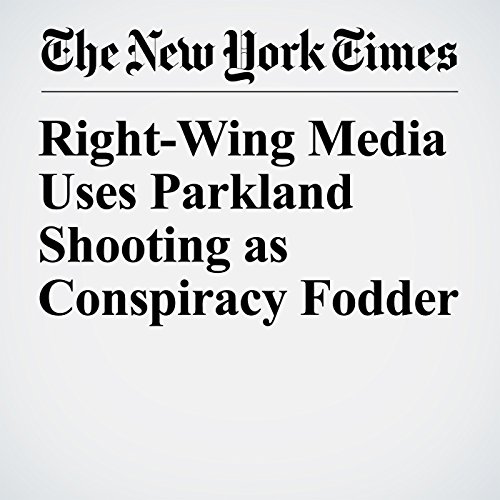 The teenagers of Marjory Stoneman Douglas High School in Parkland, Florida, who a week ago lost 17 of their classmates and school staff members in a mass shooting, have emerged as passionate advocates for reform, speaking openly of their anger in the hope of forcing a reckoning on guns.

"Right-Wing Media Uses Parkland Shooting as Conspiracy Fodder" is from the February 20, 2018 Business section of The New York Times. It was written by Michael M. Grynbaum and narrated by Kristi Burns.