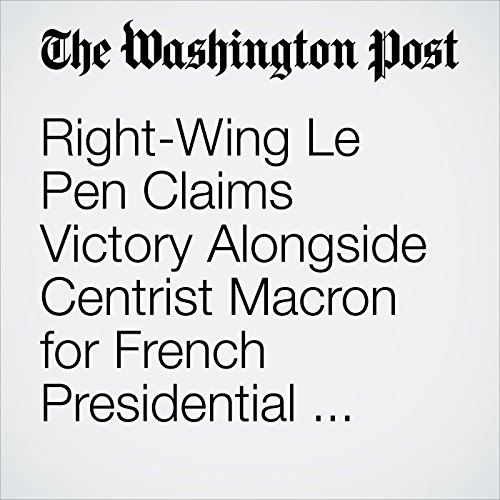 An anti-immigrant firebrand and an unconventional centrist were set Sunday to advance to a runoff in a tight race for France’s president, according to exit polls released immediately after balloting closed.

"Right-Wing Le Pen Claims Victory Alongside Centrist Macron for French Presidential Runoff, With E.U. Future at Stake" is from the April 23, 2017 Europe section of The Washington Post. It was written by Michael Birnbaum and James McAuley and narrated by Sam Scholl.