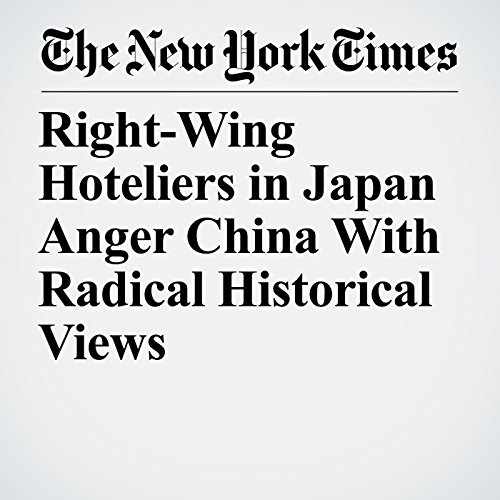 Now Fumiko Motoya and her husband, Toshio, founders of APA Group, a Japanese real-estate and hotel empire, are facing a barrage of criticism in China. Their twin projects — business and conservative politics — collided this week in an uproar over right-wing historical books promoted at APA’s chain of 370 budget hotels, in which such publications are often distributed to rooms in much the same way as Gideon Bibles in U.S. hotels.

"Right-Wing Hoteliers in Japan Anger China With Radical Historical Views" is from the January 19, 2017 Business section of The New York Times. It was written by Jonathan Soble and narrated by Fleet Cooper.