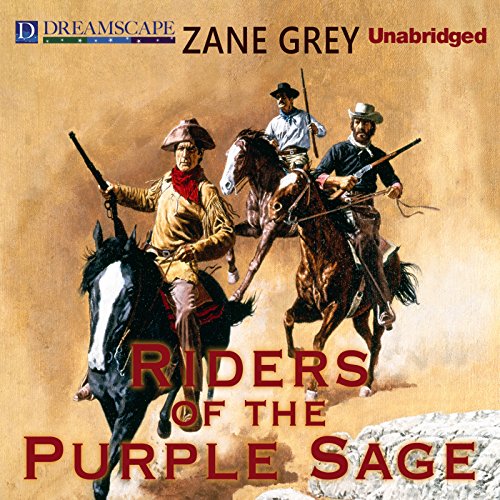 Riders of the Purple Sage

In 1871 Utah, young Jane Withersteen is courted by Elder Tull, the leader of her polygamous Mormon church. When Jane refuses, the local Mormons persecute her. Meanwhile, Jane's friend, Bern Venters, is captured by Tull's posse and faces a harsh sentence. Jane defends him, causing even more friction with the Mormon populace.

Enter Lassiter, a friend to Venters and an infamous gunslinger. His appearance causes Tull and his men to release Venters and flee - sparking a conflict that leaves Jane questioning her loyalties, Venters finding love, and Lassiter seeking revenge.

Good story and all, but..

I like the story, but the narration was not to good. He strugled to give all the characters uniqe personalitys and the female parts he did just destroy 🤣 all in all a good listen if u can ignore the "bad acting" 😊