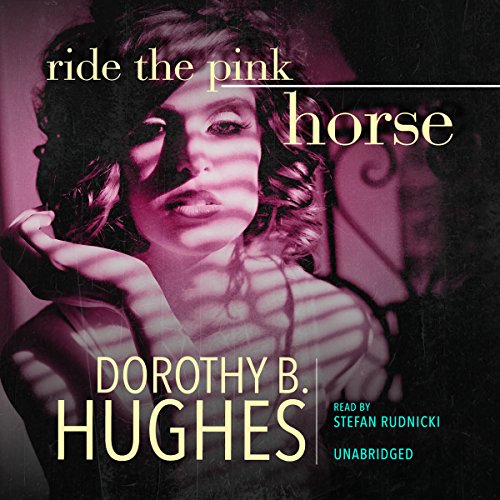 It takes four days for Sailor to travel to New Mexico by bus. He arrives broke, sweaty, and ready to get what's his. It's the annual Fiesta, and the locals burn an effigy of Zozobra so that their troubles follow the mythical character into the fire. But for former senator Willis Douglass, trouble is just beginning.

Sailor was Willis' personal secretary when his wife died in an apparent robbery gone wrong. Only Sailor knows it was Willis who ordered her murder, and he's agreed to keep his mouth shut in exchange for little bit of cash. On Sailor's tail is a cop who wants the senator for more than a payoff. As Fiesta rages on, these three men will circle one another in a dance of death, as they chase truth, money, and revenge.

Rudnicki's voice is absolutely perfect for a noir novel like this. The story is told in the third person but from the point of view of a Chicago tough guy trying to take care of some business in Santa Fe, the town where he's out of his element. Because Dorothy Hughes wrote in short, crisp sentences, it is very easy to catch every word and every thought in the Audible version. The book is gripping and builds suspense even though a lot of the time the main character is just sort of hanging around. Highly recommended for fans of such authors as James Cain, Jim Thompson, Patricia Highsmith, Raymond Chandler, Dashiell Hammett.