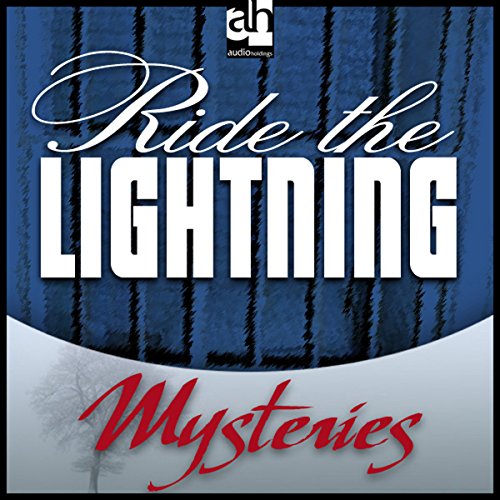 No one thought Curtis Colt had been railroaded for the shooting of a liquor store owner, least of all St. Louis private investigator Alo Nudger. It had been an open-and-shut case of cold blooded murder, and the people of Missouri were just waiting for Colt to be strapped into the electric chair - after all, three eyewitnesses couldn't be wrong. But as time runs out on the convicted killer, Nudger receives a call from Candy Ann Adams, Colt's finance, who insists he's innocent, because she knows who really pulled the trigger.

Despite his better judgment, Nudger takes the case, finding the trail cold and witnesses colder still. But, just as he prepares to abandon the case and leave Colt to his fate, Nudger comes across new evidence that convinces him that maybe Candy Ann is right, maybe the wrong man has been sentenced to 'ride the lightning'...

After John Lutz won an Edgar Award (Best Short Story 1985) for "Ride the Lightning", the Missouri author expanded the work into a novel. This Alo Nudger mystery follows the brilliant St. Louis P.I. as he seeks to prove the innocence of a man on death row.

Legendary actor Jerry Orbach delivers an exemplary, no-nonsense performance of Lutz's tricky and deeply satisfying tale. Orbach is best known for his roles in Dirty Dancing, Murder, She Wrote, and of course Law and Order, but he was also an accomplished musical theater actor. The "Living Landmark" (who passed away in 2004) brings a sort of music to this performance, with an impeccable sense of rhythm and seamless dialogue.