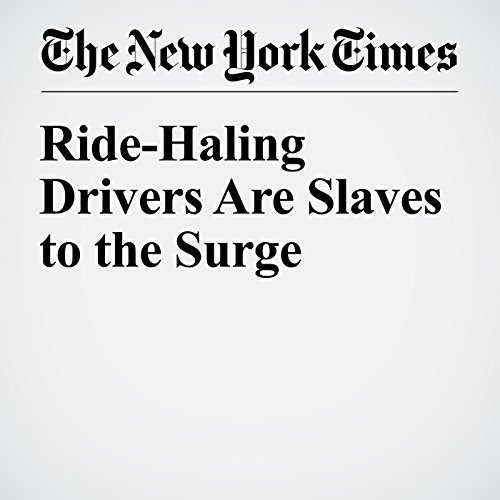 Ride-Haling Drivers Are Slaves to the Surge

Every weekday at 5:30 a.m., Uziel Santos, 48, leaves for work. Like most drivers for ride-hailing apps in New York, he is drawn by early-morning surge prices, and those closest to his home in Astoria, Queens, are on the upper East Side of Manhattan, where children and parents book short, lucrative rides to school and work.

"Ride-Haling Drivers Are Slaves to the Surge" is from the January 14, 2017 U.S. section of The New York Times. It was written by Masha Goncharova and narrated by Barbara Benjamin-Creel.