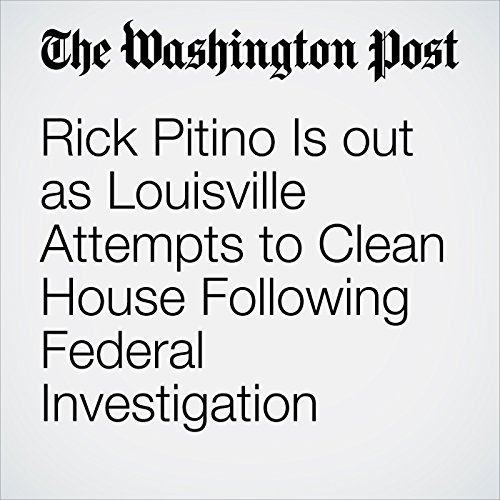 Rick Pitino survived the tawdriest of scandals during his tenure as coach of the Louisville men’s basketball team, first a 2009 extortion attempt during which he admitted to having sexual relations with the wife of his team’s equipment manager, then a 2015 scandal in which a former Cardinals staffer arranged for strippers and prostitutes to have sex with players and recruits in the team’s dormitory.

"Rick Pitino Is out as Louisville Attempts to Clean House Following Federal Investigation" is from the September 27, 2017 Sports section of The Washington Post. It was written by Matt Bonesteel and narrated by Sam Scholl.