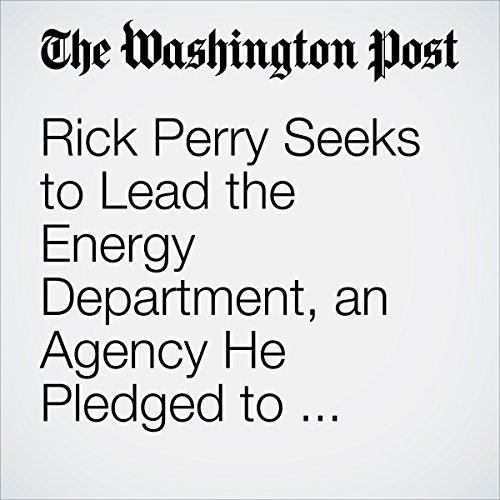 The Energy Department is an unexpected landing pad for Perry. In the 2012 campaign, Perry said that the Energy Department was one of three departments that should be abolished — though, with a sheepish “Oops,” he famously could not remember its name during a debate. The episode marked the end of his failing campaign.

"Rick Perry Seeks to Lead the Energy Department, an Agency He Pledged to Abolish" is from the January 19, 2017 Business section of The Washington Post. It was written by Steven Mufson and Sean Sullivan and narrated by Jenny Hoops.