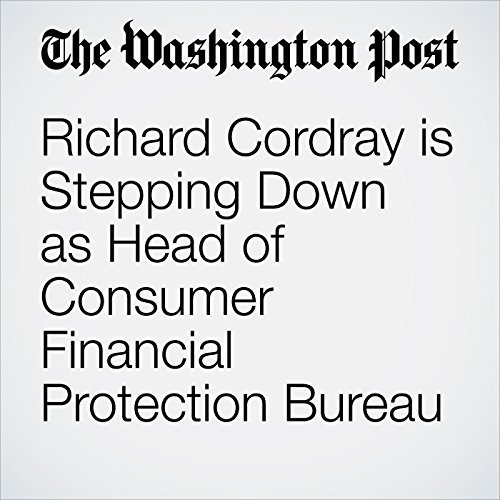 Richard Cordray, one of the few remaining Obama-era banking regulators, said on Wednesday that he plans to step down as head of the Consumer Financial Protection Bureau by the end of the month, clearing the way for President Trump to remake a watchdog agency loathed by Republicans and Wall Street.

"Richard Cordray is Stepping Down as Head of Consumer Financial Protection Bureau" is from the November 15, 2017 Business section of The Washington Post. It was written by Renae Merle and narrated by Sam Scholl.