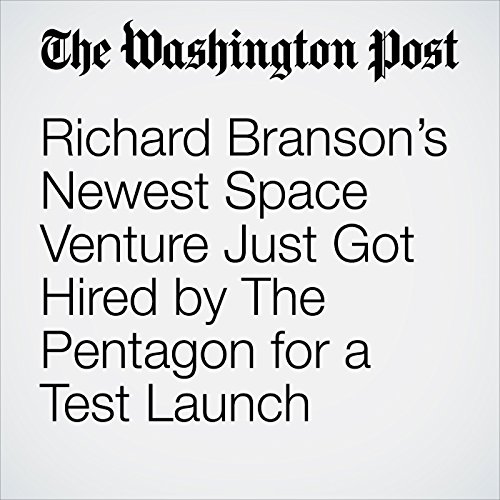 The Pentagon is hiring Richard Branson to launch satellites to orbit. His Virgin Orbit space company announced Thursday it had won its first military contract: a demonstration flight that would carry “technology demonstration satellites” for the Air Force on its LauncherOne rocket by early 2019.

"Richard Branson’s Newest Space Venture Just Got Hired by The Pentagon for a Test Launch" is from the November 16, 2017 Technology section of The Washington Post. It was written by Christian Davenport and narrated by Sam Scholl.