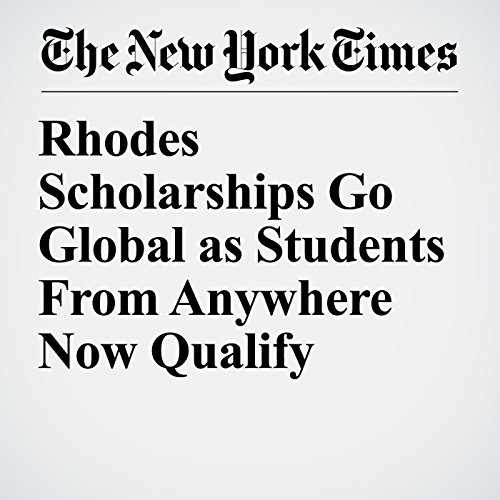 For the first time in the 116-year history of the Rhodes Scholarship, students from anywhere in the world — even Britain — can now qualify for the award to study at Oxford University, the Rhodes Trust announced Monday.

"Rhodes Scholarships Go Global as Students From Anywhere Now Qualify" is from the February 19, 2018 World section of The New York Times. It was written by Richard Pérez Peña and narrated by Keith Sellon-Wright.