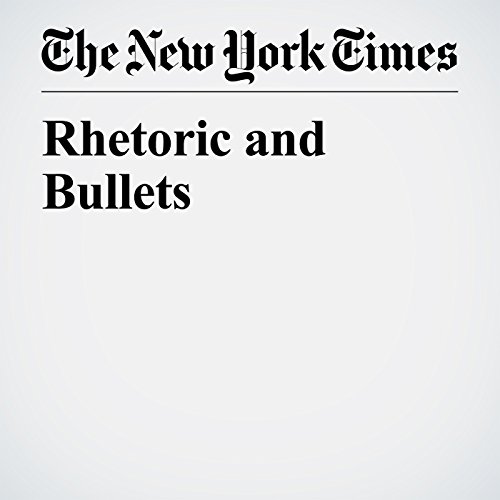 In 2011, after Rep. Gabby Giffords of Arizona was gravely injured and six others were killed by a shooter in Tucson, I was moved to commit an entire column to condemning the left for linking the shooting so closely to political rhetoric.

"Rhetoric and Bullets" is from the June 14, 2017 Opinion section of The New York Times. It was written by Charles M. Blow and narrated by Barbara Benjamin-Creel.