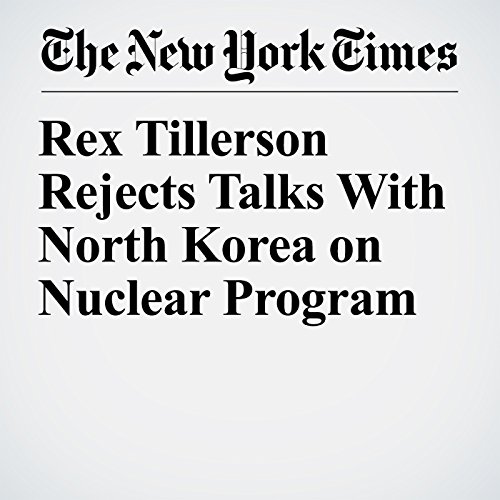 Secretary of State Rex Tillerson ruled out on Friday opening any negotiation with North Korea to freeze its nuclear and missile programs and said for the first time that the Trump administration might be forced to take pre-emptive action “if they elevate the threat of their weapons program” to an unacceptable level.

"Rex Tillerson Rejects Talks With North Korea on Nuclear Program" is from the March 17, 2017 World section of The New York Times. It was written by David E. Sanger and narrated by Jef Holbrook.