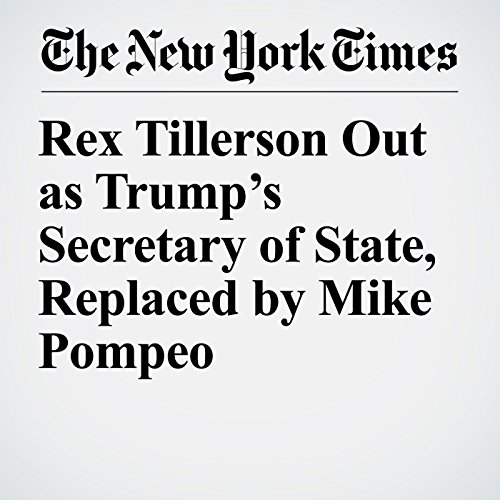 "Rex Tillerson Out as Trump’s Secretary of State, Replaced by Mike Pompeo" is from the March 13, 2018 U.S. section of The New York Times. It was written by Peter Baker, Gardiner Harris and narrated by Kristi Burns.