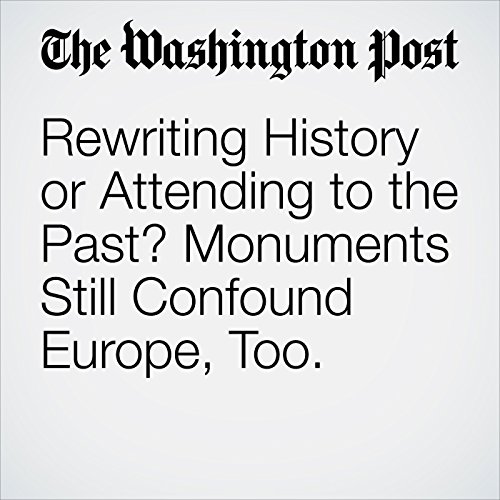 Germans have a word for coming to terms with the past, “Vergangenheitsbewältigung.” The word, coined after World War II, has no equivalent in the English language, no analog that might inform the anguished American debate over Confederate monuments — whose defenders include not just torch-wielding neo-Nazis in Charlottesville but also President Trump.

"Rewriting History or Attending to the Past? Monuments Still Confound Europe, Too." is from the August 19, 2017 Europe section of The Washington Post. It was written by Isaac Stanley-Becker and narrated by Sam Scholl.