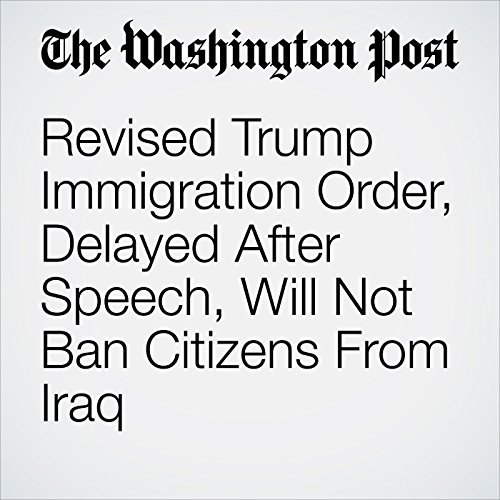 President Trump’s new executive order on immigration will not include a blanket ban on citizens from Iraq, among a host of other revisions meant to allay legal and diplomatic concerns, people familiar with the matter said.

"Revised Trump Immigration Order, Delayed After Speech, Will Not Ban Citizens From Iraq " is from the March 01, 2017 World section of The Washington Post. It was written by Matt Zapotosky and Abigail Hauslohner and narrated by Sam Scholl.