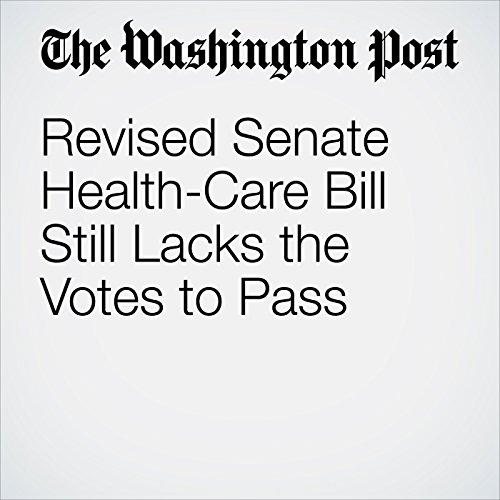 The Senate GOP’s push to rewrite the Affordable Care Act suffered an ill-timed setback Thursday, as two centrist Republicans announced plans to offer their own health-care plan just as leaders released an updated bill of their own.

"Revised Senate Health-Care Bill Still Lacks the Votes to Pass " is from the July 13, 2017 PowerPost section of The Washington Post. It was written by Sean Sullivan, Kelsey Snell and Juliet Eilperin and narrated by Sam Scholl.