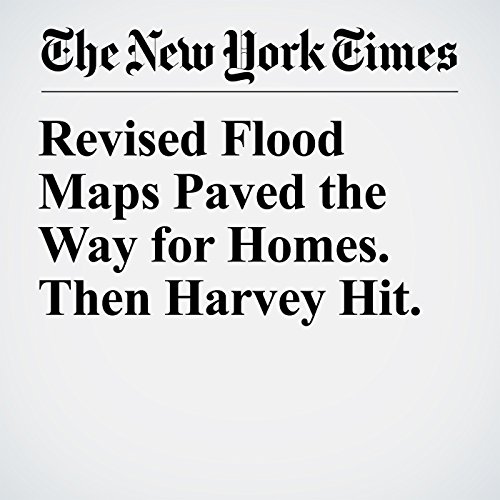 A New York Times examination found that in the years leading up to Hurricane Harvey, with a surging local economy fueling demand for new upscale housing, the developers of The Woodlands had used a wrinkle in the federal flood-mapping system — along with many dump trucks’ worth of dirt — to lift dozens of lots out of the area officially deemed prone to flooding. What they had done, in effect, was create gerrymandered maps of risk.

"Revised Flood Maps Paved the Way for Homes. Then Harvey Hit." is from the December 02, 2017 U.S. section of The New York Times. It was written by John Schwartz, James Glanz and Andrew W. Lehren and narrated by Keith Sellon-Wright.