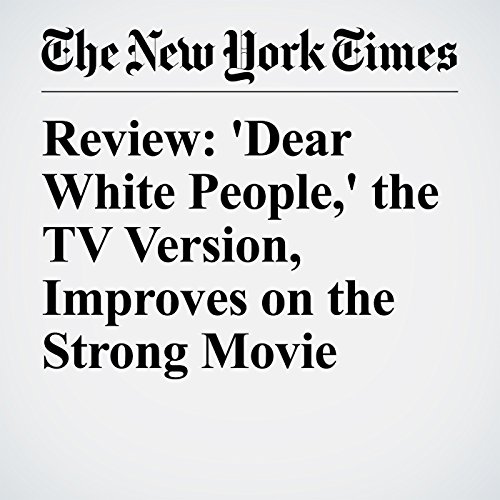 Television and cinema have lately been suffering from category confusion. Films have been morphing into TV series, for better (“The Girlfriend Experience”) and worse (“Taken”). “Game of Thrones” producer David Benioff has described his show as a “73-hour movie.” Increasingly, the only thing that seems to distinguish the two art forms is the freedom to make your own popcorn.

"Review: 'Dear White People,' the TV Version, Improves on the Strong Movie" is from the April 27, 2017 Entertainment section of The New York Times. It was written by James Poniewozik and narrated by Keith Sellon-Wright.