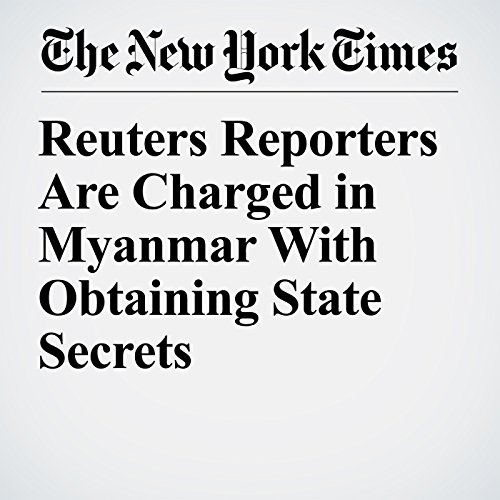 Two journalists for the Reuters news agency were formally charged in Myanmar with obtaining state secrets, prosecutors said Wednesday, in a case seen as a key test of the country’s nascent political freedoms.

"Reuters Reporters Are Charged in Myanmar With Obtaining State Secrets" is from the January 10, 2018 World section of The New York Times. It was written by Hannah Beech and Saw Nang and narrated by Keith Sellon-Wright.