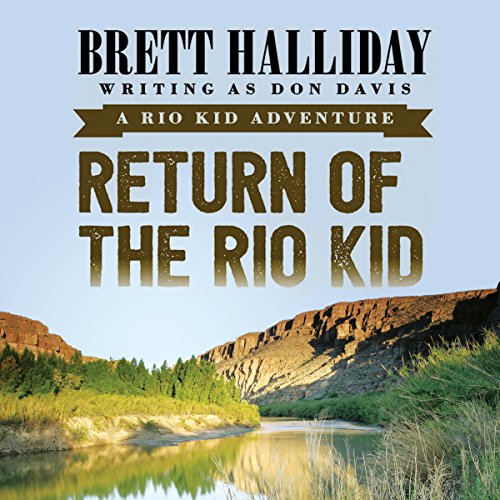 A lone rider stops at the border, preparing to return to the United States for the first time in three years. When he left for Mexico, the Rio Kid was 18, a terrified youngster fleeing a fraudulent murder charge. He returns a grown man, with blood on his hands and twin .45s on his hips. His destination is a small town in Arizona, where he plans to clear his name and reclaim his legacy.

But there is a lot of trail between here and there. Wanted signs paper every border town, offering $10,000 for the Rio Kid - dead or alive. At his first stop on the journey home, the Kid is mistaken for a hired assassin and a Texas Ranger.

Rich and Complex Characters in this Old Western

I’m not sure how I came across this book but I’m really glad I did!

Historical fiction about a young adult who was outlawed as an older teenager who wants to come back home. In his first attempt, he is mistaken for a good guy by some; then a hired gunman by others. As his true identity comes to light, he’s holster dip in righting a wrong.

I miss the wholesome books like this. They used to be abundant!

Narrator did a great job!