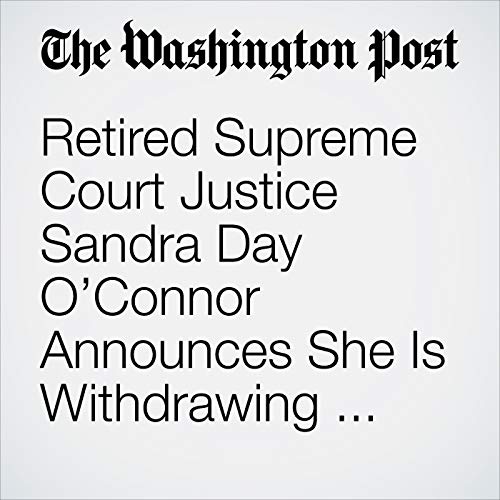 Retired Supreme Court justice Sandra Day O’Connor, who became the first female justice in 1981 and then one of the court’s most influential members, announced Tuesday that she suffers from dementia and is “no longer able to participate in public life.”

"Retired Supreme Court Justice Sandra Day O’Connor Announces She Is Withdrawing from Public Life Because of Dementia" is from the October 23, 2018 Politics section of The Washington Post. It was written by Robert Barnes and narrated by Sam Scholl.