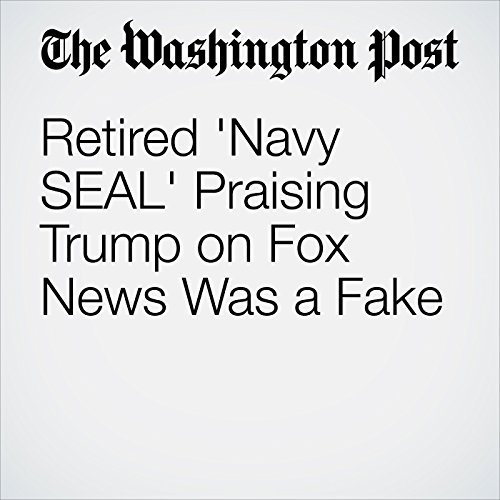 Fox News ran a story on Oct. 8 about a decorated Vietnam War Navy SEAL and glass artist who created an enormous presidential glass seal he hoped to give to President Trump. On Thursday, 11 days later, the network retracted the story after being told the Trump supporter never served in the SEALs or in Vietnam, much less earned commendations for his service.

"Retired 'Navy SEAL' Praising Trump on Fox News Was a Fake" is from the October 20, 2017 National section of The Washington Post. It was written by Travis M. Andrews and narrated by Jenny Hoops.