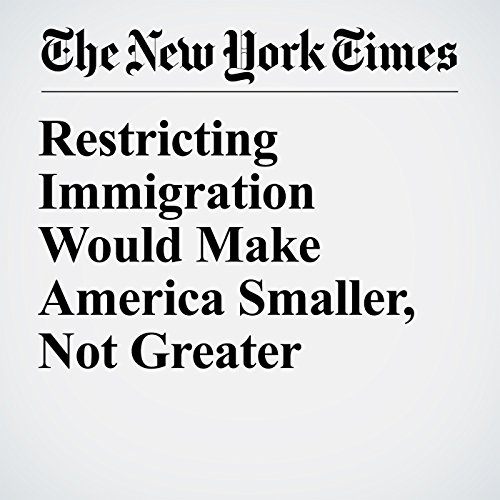 Consider the report on immigration released last fall by the National Academies of Sciences, Engineering and Medicine. It concluded that immigration to the United States between 1990 and 2010, both legal and illegal, produced net benefits worth $50 billion a year to the native population.

"Restricting Immigration Would Make America Smaller, Not Greater" is from the February 07, 2017 Business section of The New York Times. It was written by Eduardo Porter and narrated by Barbara Benjamin-Creel.